The Oregon coast is so photogenic that both professional and amateur photographers vie for the best shots, which, given coastal conditions, can be challenging. Greg Vaughn, professional landscape photographer and author of the helpful guide Photographing Oregon, notes that during the long light-drenched summer days, photographers must get up really early and stay out late to capture the “golden hours.” He also notes that cloudy or foggy days are ideal for photographing the forests and waterfalls in the Coast Range mountains, and winter storms make for the most dramatic seascapes.

While there are stunning vistas around nearly every corner along the Oregon coast, here are some don’t-miss photo opportunities.

This soaring, four-plus-mile bridge across the vast Columbia River is photographic eye candy. Alameda Avenue, carved into Astoria’s steep hillsides, is an excellent perch for snapping photos of the bridge, oceangoing vessels, and the distant hills of Washington State.

Cannon Beach offers postcard-perfect views of sea stacks and craggy offshore islands. Haystack Rock serves as a looming backdrop to nearly every beach photo taken here, while the scattered rocks of Ecola State Park are more like chess pieces tossed out to sea—perfect as a foreground for sunrise photos.

It’s not always easy to get up close and personal with giant trees in coastal old-growth forests, but at Oswald West, it’s as easy as a stroll to Short Sands Beach: The trail winds through a grove of centuries-old Sitka spruce whose massive size will clog your viewfinder.

Nothing says fun at the beach like colorful kites diving and dancing in the air, and the long breezy expanses of sand at Lincoln City make it a center for kite-flying. Even when there’s not a kite festival on, this is one kite-loving town. Climb the steep bluffs behind the beach for a rare bird’s-eye view of kiting activity.

Of the many handsome bridges designed by 1930s bridge-design master Conde McCullough, this high-flying structure, which spans Newport’s harbor, is the most striking. With the busy boat basin in the foreground, it’s one of the top photo subjects in the state, particularly from viewpoints east along Bay Avenue.

Drive up to the top of the cape and take the short Whispering Spruce Trail to a fabulous overlook. Then head back down to the beach, and during low tide, explore this area’s tidepools during low tide.

Rumored to be the most photographed vista in Oregon, this stark white lighthouse wedged into the flanks of a 1,000-foot rocky outcrop is impossible to miss. You’ll run through millions of megapixels trying to capture the crashing waves, deep forests, and offshore crags from a cannily placed highway turnout just west of the Cape Creek Bridge.

Rocky tide pools filled with neon-hued starfish, spiky sea urchins, and shell-appropriating hermit crabs make fascinating photo subjects: Some of the best tide-pooling along the coast is at this state park. From the parking area, the north beach trail also offers views of seals and sea lions basking on offshore rock ledges, although this trail is closed in summer when these sea mammals are rearing their young (the south beach trail remains open year-round).

Bandon’s beautiful beach is studded with rocky fingers and promontories, but the most arresting vista is of Face Rock, a basalt monolith pounded by waves that from certain angles takes on a human profile. Native American legend claims it’s the visage of a young maiden frozen into rock. It’s a postcard-ready image that bespeaks the beauty and mystery of the Oregon coast.

It’s often referred to as the most scenic 12 miles along the Oregon coast, but photographers don’t find it easy to capture the drama of this stunning seascape: It’s hard to encapsulate the vastness of the scene. Of the 11 named stops along this stretch of U.S. 101, Whaleshead Island is perhaps the most photogenic viewpoint, with tripod-ready vistas of a tiny beach flanked by rocky crags and wave-pounded islands. 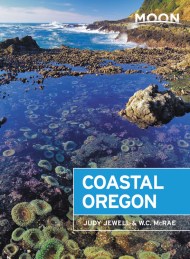 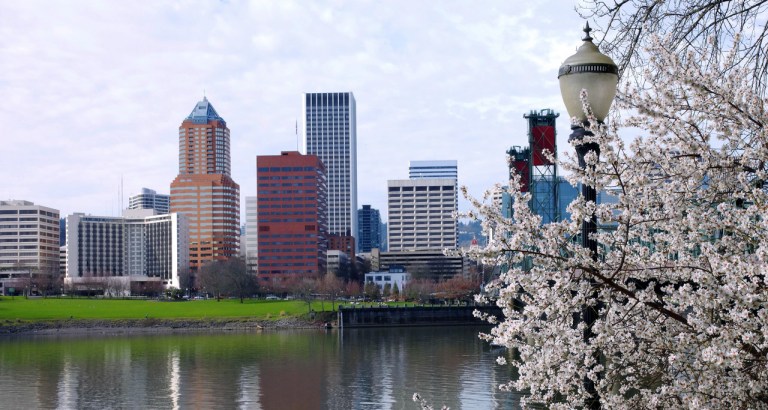 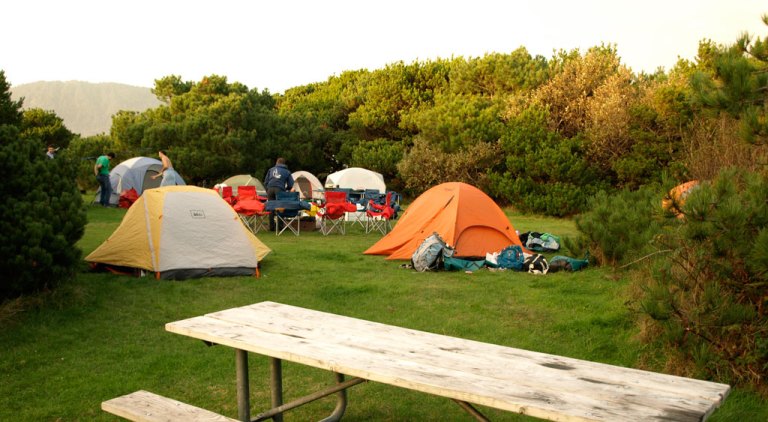 The 10 Best Places to Camp on Oregon’s Coast 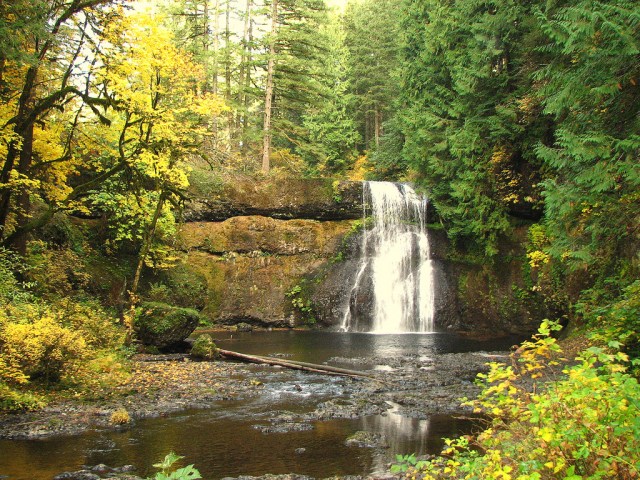