Often regarded as one of the prettiest towns in Morocco, the “blue city” of Chefchaouen doesn’t disappoint. Sometimes shortened to “Chaouen” or “Xaouen,” the name derives from the Rifi word for “antlers” or “horns,” an allusion to the peaks that crown the region, often snowcapped in winter. The narrow blue passages give way to wide squares where the historic Andalusian influence on the town is easily notable in ornate archways, doorways (the most famous of which is a ruin at the entrance of town), windows, and the sprawl of red-tiled rooftops. This is the place to head for that photo op to make all the friends back home envious.

Firmly entrenched on the backpacker circuit, Chefchaouen has long been hosting visitors. Though there are still hostels and pensiones, the recent spike in tourism has led to an increase in boutique hotels, riads, and dars. For nature lovers, there are several day hikes and overnight hikes through the Rif Mountains and into nearby Talassemtane National Park that are easily accessible, making this a good home base for hikers, campers, and backpackers. People in this region are usually very friendly, though more conservative than other parts of Morocco in terms of dress and traditional, gendered roles in public and private.

Even if it is a bit more touristed than in years past, with its pleasant medina and stunning hikes at its back door, Chefchaouen has retained its charms and continues to be a highlight for seasoned travelers and first-timers alike.

What to See in Chefchaouen

The ancient medina is nestled in a sharp valley between mountain peaks and is one of the more pleasurable medinas to visit in all of Morocco. It’s often painted by the locals in shades of blue that have been combined to make the stunning “Chefchaouen blue.”

It’s one of the cleanest medinas in the country, with comparatively little trash lying openly on the footpaths like in many other medinas. Plaques in Arabic, Spanish, and English explain the historical importance of some of the medina buildings. However, as is often the case, some things are lost in translation. For instance, at the Casa Banraisun near the kasbah, the trilingual plaque notes that the prince Moulay Ali Ben Rashid built Casa Banraisun for Al-Faqih Ali Ben Maimin, a writer under the prince’s patronage. In Arabic, it explains clearly that the prince had a secret passage built between the house and the kasbah. Mysteriously, this explanation does not exist in either the Spanish or English text that accompanies this plaque. What else has been lost in translation?

The oldest buildings in the Jewish mellah date from the 16th century, though most of the Jewish population didn’t move into the medina until the sultan’s command in the 18th century. Despite its advanced age, it is still known as Mellah el-Jedid (New Mellah), because the old mellah was outside of the medina walls and even older still, though nobody knows exactly how old. Today, there is just the one mellah in Chefchaouen.

The medina is more hassle-free than most others in Morocco. There are still a few touts and nagging store owners, but a firm “no, thank you” is generally sufficient to deter them. No doubt you will be asked many, many times to buy kif, a local specialty, often by young men passing by. Be wary. Kif is a derivative of the marijuana plant and is still very illegal in Morocco, though in Chefchaouen you will likely see people openly smoking in cafés, hostels, storefronts, and even in the streets.

The red-walled kasbah, built in 1471, has been renovated and houses a small Ethnography Museum. Moulay Ali Ben Rachid continued his cousin’s declared war against the Portuguese, who had seized control of Tangier, Asilah, and other port towns. Moulay Rachid was concerned with the defensive nature of his war, which was the chief reason he built his fort in Chefchaouen. The graffiti-strewn walls of the small prison still have the chains that once held the inmates. Most information is in Arabic, French, and Spanish.

Just next to the looming kasbah, the delicate Grand Mosque (Jamaa Kbeer) (Pl. Uta el-Hammam) rises, calling the faithful to prayer five times a day. Though non-Muslims are not permitted entrance, its architectural uniqueness can be observed from the outside. The mosque was built by Moulay Mohamed, the son of Moulay Rachid, in 1560, but its minaret, inspired by the Torre de Oro in Sevilla, was built much later, in the 18th century. The octagonal minaret features three tiers of blind arches that wrap around the tower, with each tier of arches being distinctive.

At one time, there were four or five major fonduqs—open courtyards surrounded by stables and shops—that served as hubs for traders, artisans, and shopkeepers in the medina. Today, the only one remaining is Fonduq Chfichu (Zanka Targhi, 20ft from the main square). This 16th-century fonduq just off Place Uta el-Hammam is a reminder of this era of Andalusian-influenced architecture. Currently, wood and iron workers are making use of the fonduq, and usually a distinct odor of kif will accompany your visit.

There is plenty of hiking to be had on the outskirts of the Chefchaouen medina. Just behind the city rises the mountain Jbel el-Kelaa. Several valleys are accessible from well-marked walking paths alongside Ras el-Ma and provide wonderful day hikes into the fields, through the fields, and up the peaks of the Rif Mountains.

The Ras el-Ma waterfalls are just beyond Place Sebanin through Bab Ras el-Ma. There are usually women who will dress you like a local (jeblia for girls, jebli for boys) for 5–10Dh. This is a fantastic photo op and should be taken advantage of given the colorful nature of the traditional clothing in this region. This area makes for a nice morning or afternoon stroll with plenty to see and do. The municipality has built wood shacks where the local women often take their laundry to scrub, and just a short hike along the hillside will bring you to the recently renovated, though unused, Spanish Mosque overlooking the city.

This hike offers an easy path to the best view over Chefchaouen. Start at Ras el-Ma and follow the main path. You will likely pass some villagers bringing sheep or goats into the city. This is also their main route into Chefchaouen. At the end of the path is the Spanish-built mosque at the top of the hill overlooking the city. The mosque is closed, though it underwent a renovation in 2010 funded by Spain. You can peek inside the windows, but most people hike here for the view. A large terrace overlooks the valley. This is best visited in the morning when the sun is at your back, illuminating the white and blue city below.

Just above the medina, an often-used trail runs through a steep valley into the mountains. This is a cannabis-growing region and is sometimes patrolled by the police, but the people are friendly and the hike offers some spectacular views over the valley of Chefchaouen. If you continue for about 2.5 hours for a longer full-day hike, the trail opens up into a beautiful valley, the beginning of the Ketama region of the Rif.

A long circuit hike takes you around the Rif, through valleys, and around mountains. The trail is well marked in places, though you’ll likely want to have either a guide (Fatima Habté, tel. 0672/743 347) or, if possible, GPS. Leave from Chefchaouen by Ras el-Ma and follow the trail into the mountains toward Mechkralla. This hike takes you through winding forests and many cannabis farms. The small, isolated towns of Tissouka, Plaza España, and Bab Taza are all visited on your way back to Chefchaouen.

Just off the main square, Place Uta el-Hammam, are two hammams of interest for those looking for a true Moroccan experience in cleanliness.

The public hammam, used by many of the local men and women, is just across the square from the large mosque, next to the Pension Castellana. The times allowed for men and women change regularly. (Historically, Chefchaouen, like many other Moroccan cities, had separate hammams for men and women. Today, many hammams share a space and have separate times for the two genders to bathe.) Expect to pay about 25Dh, and bring plastic sandals, soap, a shower scrub, and a towel.

For a more luxurious experience, head to the Art du Bien-Être (Art of Good Living). Though not exactly traditional, this is a more upscale spa with massages, foot soaks, facials, and exfoliations. This business operates with a local women’s cooperative to create all of their all-natural products. Many of the products are for sale in the entryway. Reservations are required for the hammam, though often they are able to accommodate same-day requests. Expect to pay 100Dh or so for a facial, 150Dh for a hammam, and 250Dh or more on a fuller spa experience. 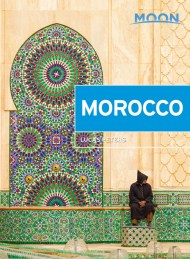 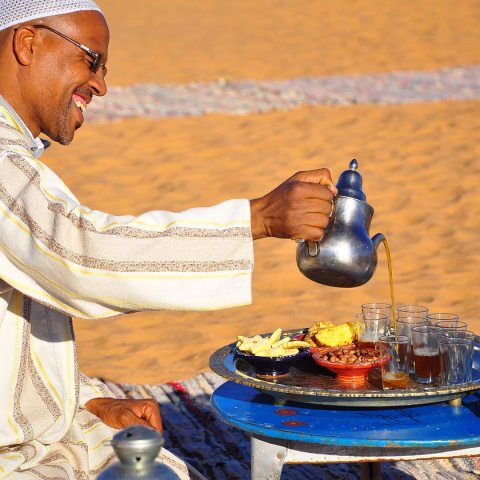 Experience Morocco: Top 10 Things to Do 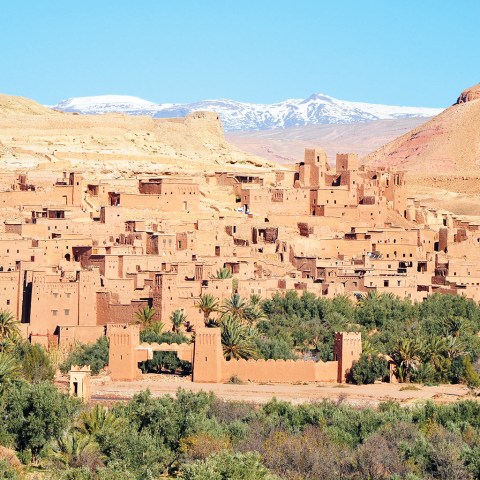 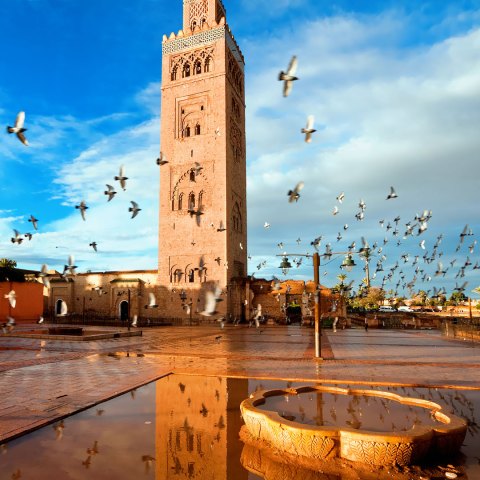