Most people view the Golden Gate Bridge as the magnificent entrance to the beautiful and storied city of San Francisco, but after my road trip driving north out of San Francisco, I now see it the other way around. That iconic red bridge is not only your gateway to the magnificent northern California coast and the emerald-meets-indigo shores of the Pacific Northwest, but it’s also the perfect start to a San Francisco to Seattle road trip.

There are faster ways to do this road trip. You can take Interstate 80 east out of San Francisco to Interstate 5, making the 850 (1400 km) mile drive north to Seattle in about 12 hours—a ho hum day or two, if you’re in a hurry—and if you stay on Highway 101 north of Golden Gate, it’s only four hours cutting through agricultural country to Humboldt Redwoods State Park. But if you believe life is more about the journey and less about getting from point A to point B, keep the Pacific Ocean on your left and give yourself five days to a week to soak up beautiful scenery, picturesque towns, and giant trees.

Driving north across the Golden Gate, you’ll enter Point Reyes National Seashore after about an hour; nature lovers will marvel at the hundred square miles of unspoiled grasslands, forests, estuaries, and beaches. Another hour finds you driving along the 17-mile stretch of Sonoma Coast State Park, where every turn of the cliffside highway offers another majestic vista, showing off rocky headlands framing sandy coves below.

You’ll be tempted to think it doesn’t get any better, but the next 120 miles of remote and rugged California coast will prove you’ve only scratched the surface! Crossing from Sonoma into Mendocino county, you can spend an entire day simply stopping at viewpoints to marvel at the intense Pacific hues and endless craggy bluffs. Eventually, you’ll reach Mendocino, an artsy village presiding over a pristine bay, where every shop and gallery along Main Street boasts a million-dollar view.

Fifty miles ahead, Highway 1 rejoins Highway 101 and heads back inland, for your first taste of redwood forest. Parallel to the highway, the famous 30 mile stretch called the Avenue of the Giants cruises past centuries-old groves populated by trees taller than the Statue of Liberty.

Next, Highway 101 returns to the coast, where the twin towns of Eureka and Arcata provide a last stop on the road to one of California’s greatest natural treasures, the Redwood National and State Parks—two million acres of old growth forest providing some of the best hiking and camping opportunities on the planet.

You may take Highway 199 out of the Redwoods to link to Interstate 5, the expressway to Portland and Seattle. But then you’d miss the entire Oregon coast, where winds have spent thousands of years carving rocky sea stacks that rise like monoliths out of flat sand beaches. The craggy, woodsy coast of Southern Oregon is interrupted only by forty miles of Oregon Dunes National Recreation Area, where shifting sands form dunes as high as 500 feet over the ocean!

Charming small towns populate Oregon’s coast, every one of them offering warm bowls of delicious local clam chowder, whether its small resort towns like Bandon and Cannon Beach, or more cosmopolitan destinations like Newport and Astoria.

From Astoria, you may easily shoot east to reach one-of-a-kind Portland, a truly creative city that wears its weirdness like a badge of honor. But for a more adventurous journey, continue north to reach Washington’s Olympic Peninsula. Rising out of the state’s southern shores, the Olympic Peninsula is home to the awe-inspiring Olympic National Park, where temperate rainforests dotted by sparkling lakes and bisected by salmon-rich rivers climb slopes up into a breathtaking snowcapped mountain range.

The entire park is surrounded by coastline where Native American communities continue to fish the oceans as they have for generations, and where driftwood pieces the size of entire trees pile up on remote beaches that are often accessible only by enervating fresh air hikes.

As Highway 101 curls around the northeastern corner of the Olympic Peninsula, consider a side-trip to the elegant Victorian mariner town of Port Townsend, which is surrounded by water and boasts mountain views both to the east and west. From there you may descend in short order to Bainbridge Island, where a short ferry ride takes you across the Puget Sound—the gateway to America’s gleaming northwest metropolis, Seattle: home to a thriving cosmopolitan culture, and all the delicious oysters you can eat! 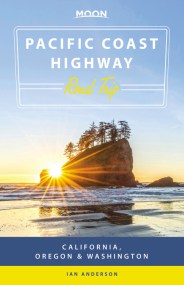