These free, printable travel maps of Texas are divided into eight regions:

Explore Texas with these helpful travel maps. Ensure you have the newest travel maps from Moon by ordering the most recent edition of our travel guides to Texas and its cities. 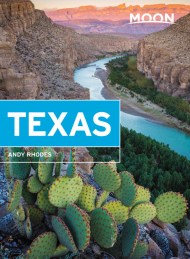 Get to know the fiery spirit, Southern hospitality, and big personality of the Lone Star State.

Dallas and Fort Worth Maps

The towering twin metro cities of Dallas and Fort Worth are only separated by about 35 miles, but their cultural differences are extensive, offering travelers to this region the best of both worlds.

Whether you’re looking for honky-tonks or chicken-fried steak, find out what sets “DFW” apart with Moon Travel Guides.


Austin and the Hill Country Maps

Dubbed the “Live Music Capital of the World,” Austin is the region’s—perhaps even the state’s—mecca for music and performing arts. Home to the University of Texas at Austin, the city is a hotbed for creative thinkers and entrepreneurs, earning the tech-heavy business nickname “Silicon Hills.” 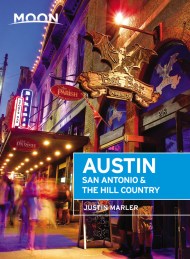 Embrace your inner cowboy and discover the heart of the Lone Star State with Moon Travel Guides.

Most of South Texas is defined and unified by its Tejano heritage. The majority of the region’s culture is tied to Mexico, including the legendary Alamo, constructed with four other San Antonio missions in the early 1700s to help expand Spain’s influence in the New World.

Maps of Houston and East Texas

From historic oil boomtowns to five national forests to the megalopolis of Houston, this enormous region is an ideal place to experience the legacy of the Lone Star State.

Maps of the Gulf Coast

Stretching more than 350 miles along the Gulf of Mexico, this region’s moderate beaches and waves draw casual beachcombers, salty anglers, and frolicking families.

This region is what most people envision when they hear the word Texas—hot and dry with an occasional cactus or cow skull. The Wild West spirit thrives in sun-baked cities like El Paso and Midland, and the Guadalupe Mountains National Park offers stunning views of colorful canyon walls and rugged outcroppings.

Everything about Big Bend is vast—the sky, the views, the mountains, and the canyons. It’s a relatively untouched land, where the natural elements dominate the landscape, and the visitors simply marvel at its beauty.

This region of the state, including the welcoming wide-open towns of Abilene and San Angelo, is home to many iconic Texas cowboys who branded their way into Texas’s mystique by corralling longhorn cattle on the open range.