These free, printable travel maps of the Big Island are divided into five regions:

Explore the Big Island of Hawai‘i with these printable travel maps. Ensure you have the newest travel maps from Moon by ordering the most recent edition of our travel guides to Hawaii. 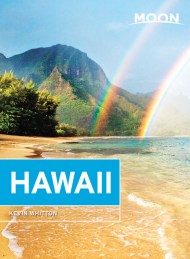 Unwind on the pristine beaches of Maui, hike the famed coastline of Kaua’i, or experience the melting pot culture of the Big Island.

Travel Maps of the Big Island

Kona can feel like the hottest place on the island, not just due to the warm temperatures, but because there is always something going on, from frequent festivals celebrating everything from coffee and chocolate to beer and fishing, to serious nightlife, which locals will tell you means anything open later than 9pm.

Kohala is divided into North and South Kohala. North Kohala, an area of dry coastal slopes, former sugar lands, a string of sleepy towns, and deeply incised lush valleys, forms the northernmost tip of the island. South Kohala boasts the most beautiful swimming beaches on the Big Island, along with world-class hotels and resorts.

The indomitable power of Hawai‘i Volcanoes National Park is apparent to all who come here. Wherever you stop to gaze, realize that you are standing on a thin skin of cooled lava in an unstable earthquake zone atop one of the world’s most active volcanoes.

Hilo is hip. It has dive bars, walkable streets, historical buildings, cheap rents, two universities, and, most importantly, it’s an underrated foodie mecca—all elements that could quickly lead to gentrification. But Hilo has resisted change and happily retains itself as a relic of old Hawaii.

In an effort to increase visitors to the region, there is a movement afoot to start thinking about the Big Island in north (Hamakua and Waimea) and south (Ka‘u) terms. Whatever way you divvy up the island, you’ll be surprised by how, yet again, this northern slice of the island appears and feels so drastically different from other regions of the island.