These free, printable travel maps of Argentina are divided into eight regions:

Explore Argentina with these helpful travel maps. Ensure you have the newest travel maps from Moon by ordering the most recent edition of our travel guides to Argentina and Buenos Aires. 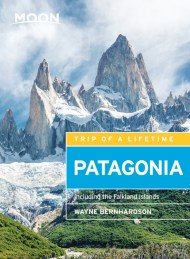 Buenos Aires is Patagonia’s primary gateway and also South America’s highest-profile capital. Many visitors spend weeks or even months enjoying its first-rate hotels, innovative cuisine, all-night entertainment, nonstop shopping, and matchless cultural resources. Despite its international sophistication, it’s also a city of intimate neighborhoods where no one is truly anonymous. 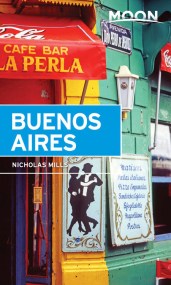 The rhythm of tango, the scent of Jacaranda, the sizzle of grilled steak… Once you fall in love with Buenos Aires, you’ll find it hard to leave.

Mesopotamia and The Parana

Southern Patagonia consists of Chubut province and Santa Cruz province. Its coastline is a scenic cornucopia of whales, seals, penguins, and other wildlife. It’s also famous for Glaciar Perito Moreno, a crackling outlier of the Campo de Hielo Sur, the southern Patagonian ice sheet. Two legendary highways, the coastal RN 3 and the interior RN 40 connect the region with northerly provinces.

If Patagonia is exciting, the archipelago of Tierra del Fuego (Land of Fire) is electrifying. Labeled the “uttermost part of the earth” for its splendid isolation at the continent’s southern tip, it’s still a place where fur seals, sea lions, and penguins cavort in the choppy seas of the Magellan Strait. From the seashore, behind its capital of Ushuaia, glacial horns rise like sacred steeples. The beaches and southern beech woodlands of Parque Nacional Tierra del Fuego, west of the city, are the terminus of the world’s southernmost highway.